Analysis and treatment of low hardness of P91 elbow

Analysis and treatment of low hardness of P91 elbow

Aiming at the problem of low hardness of P91 elbow of waste heat boiler in xiaoshan natural gas power generation project, based on metallographic test data such as hardness test, mechanical property test, metallographic structure analysis and chemical element analysis, combined with metallographic principle, this paper analyzes the causes of the problem and puts forward the treatment scheme.

With the continuous improvement of thermal power generator parameters, a large number of SA335 P91, SA335 P92 and other materials are widely used. Due to the recent number of new units in our country, the production capacity and technical force of some piping plants and pipe fitting plants are insufficient, which has caused problems in the quality of many pipe fittings.
The natural gas power generation project of xiaoshan power plant is the 3# and 4# units of xiaoshan power plant, which adopts 9F grade single-axis gas-steam combined cycle unit, supporting residual heat boiler is the residual heat boiler of three-pressure, reheat, horizontal, non-ignition and natural circulation gas turbine produced by Hangzhou Boiler Group Co., Ltd., which matches the V94.3A gas turbine, and its model is NG-V94.3A-R.

Raise of the problem

According to the requirements of 6.5 and 7.3 in the welding specification of DL /T 869-2004《 thermal power plant: the measurement is carried out by using the richter hardness meter. The hardness of the weld joint after heat treatment of the same steel welded joints is generally not more than the cloth hardness of the base metal plus 100HBW; for P91 materials, the total content of the alloy is more than 10%, and the Brinell hardness should not exceed 300HBW. ASTM A 335/a 335M-04 Standard Specification for Seamless fertile Alloy-Steel Pipe for High-Temperature Service 9. The hardness of the 3 pipes of P91 material is not more than 250HB/26hv [25HRC].
The main steam pipeline and the reheat steam hot section of the natural gas power generation project of xiaoshan power plant are all made of P91 material, which is imported by Hanggu from Japan JEF company and Germany V M Company, and part of the elbows are purchased from Yanshi, Henan province. During the nondestructive examination of boiler pipe materials and welding lines by the thermal power company of Zhejiang province and the Special Inspection Center of Zhejiang province, it was found that the hardness of the elbow of P91 material was low in many places between the two residual heat boilers. Comparison of the measured values of the portable hardness tester and the measured values on the bench-type hardness tester used in the metal test of Hangzhou Boiler Group Co., Ltd. are shown in Table 1:
Table 1 P91 elbow hardness measured value list (unit HB) 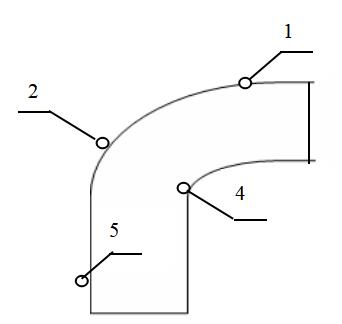 The measured value of 2 points, due to the thinning effect during bending, the rigidity of this point is relatively low, resulting in the actual hardness measured value being low at 2 points. 4. Due to the level of polishing and the measured position, the actual measured hardness value is also low.
Obviously, the hardness values of these elbows all deviate greatly from the standard values, and there is a certain proportional relationship between hardness and allowable stress of the material, in order to prevent the strength of the material from appearing problems, the construction unit organized all parties to further analyze and deal with this issue.

In view of the situation of fake foreign companies producing P91 and other materials, the main steam pipeline of Qinghai Datong Power Plant burst during the construction. The construction unit organized all parties to carry out the following analysis on these elbows with hardness problems: metallographic structure analysis, chemical element composition analysis, source tracking of raw materials, further measurement of hardness, tensile strength test of materials, etc.

After the problem occurred, Zhejiang thermal power took samples to the metal material Inspection Center of Zhejiang University to observe and analyze the metallographic structure of the material, at the same time, Hangzhou Boiler Group Co., Ltd. also sent technicians to conduct on-site metallographic film test, and through the comparison and analysis of photos of both parties by metallographic technicians (see Figure 2 and Figure 3), the following conclusions are drawn:

In order to further determine the texture of the pipe, hang Pan carried out chemical sample analysis on these elbows. The specific chemical composition is shown in Table 2, which conforms to the chemical requirements of P91 material.
Table 2 chemical analysis of P91 elbow

Note: The hot test temperature is carried out according to the design temperature ℃, and the allowable stress at this temperature [s]f = 84MPa.
From the data analysis of table 3, we can get that the cold tensile strength and yield strength are lower than the standard values, while the tensile strength value of the hot test meets the standard requirements; the hardness value of the elbow surface the measurement value of the portable hardness meter on site is very close to that of the desktop hardness meter in hangguo metal laboratory, and the hardness value of the internal sample on the desktop is very close to the standard value. Generally speaking, the hardness measurement value on the spot will be slightly lower than that of the desktop due to reasons such as the finish of the measuring point, flatness, oxidation of the surface material and the operation of the operator. The test data and further chemical analysis of the surface material show that the material has surface carbon precipitation, which is one of the reasons for the low surface hardness.
Since the large diameter materials of P91 material mostly adopt hot bending or medium frequency induction heating hot bending, when the ratio of bending radius to pipe outer diameter R D <50%, the heating temperature of elbow is 950-1010℃; when R D>5%, the heating temperature of the elbow is 750-780 ℃. When bending, it is necessary to avoid the elbow under 850-950 ℃ to avoid cracks. After bending, the steel pipe needs to be normalized and tempered at high temperature: the normalized temperature is 1040-1060 ℃, and the heat preservation time is calculated as 1.5 minutes of wall thickness per millimeter and is not less than 20 minutes; The tempering temperature is 770-790 ℃, insulation time cycle type furnace is more than 2 hours, continuous furnace is more than 1 hour. If the normalizing temperature is too high (such as ≥℃), grain coarsening will occur. After heat treatment, its normal structure should be the lath tempering Sorbite structure. Martensite is gradually formed in this elbow in the process of normalizing, and then, it is further decomposed into M23C6 lath tempering Sorbite through the process of high temperature tempering martensite. In this process, if one of the following three conditions occurs, the mechanical properties of the material will be lower: a) the temperature of the normalizing is too high, the crystal of the material is thick; B) the cooling speed of the normalizing is too slow, change the normalizing process to annealing; c) the tempering temperature is too high.
Since the processing process will further affect the lasting strength of the material at the same time, please refer to Figure 4 and Figure 5 for details, therefore: Although the thermal strength of the material meets the requirements, however, considering the low mechanical performance at normal temperature and the possible problems in the thermal treatment process, it is difficult to guarantee whether its lasting strength is qualified. 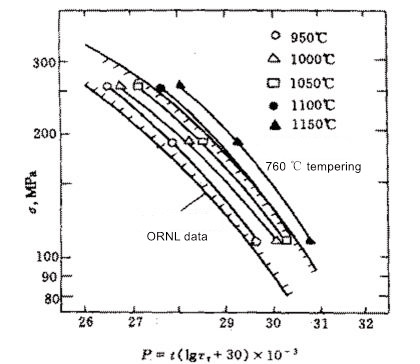 According to the above test data and analysis results, we can conclude that the raw material of this batch of elbows is P91 steel pipe, but the heat treatment temperature and process control during the bending process of the steel pipe are improper, this will lead to problems such as allowable stress and low yield strength, and may affect the lasting strength of the elbow, thus affecting its operation safety and service life.

Although the material of the elbow is proved to be P91 by Metallographic and chemical analysis, in the process of tracing the raw materials of this batch of elbow, it is found that the raw materials of this batch of Elbow are the residual materials after the piping of a certain power station, the specific contract, the customs declaration of imported goods, quality certificates of foreign merchants and commodity inspection documents are not allowed to be tested. In view of the unclear source and the deviation of the material performance parameters, the construction unit and hang Pan decided to replace all of these problematic pipelines.
In order to prevent other electric power projects from reworking on-site when similar problems occur, resulting in delay of on-site progress and cost increase, the following suggestions are put forward: 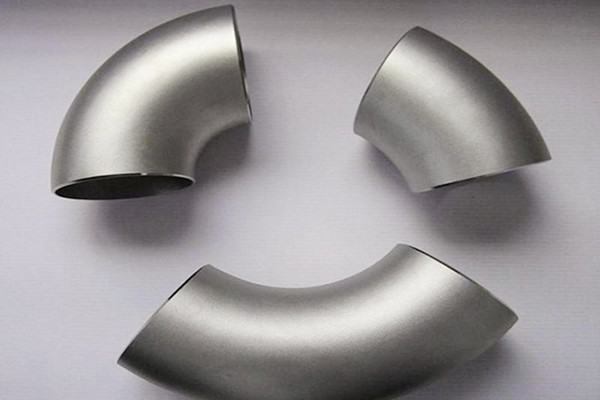