Taking P91 steel pipe fittings and low-alloy steel pipe fittings with different hardnesses as the research objects, after eliminating the errors caused by external factors (sample temperature, rigidity, quality and surface condition, etc.), the hardness comparison test found that compared with the real Brinell The hardness is good, the Brinell hardness conversion value (HBLD) of low hardness P9 copper pipe fittings still has a large negative deviation. According to the mechanical performance test results, combined with the Leeb hardness detection principle and strengthening theory, the internal reasons for the deviation of the HBHLD value are analyzed. The results show that the decrease in the hardness of P91 steel pipe fittings is accompanied by the weakening of the solid solution strengthening and dislocation strengthening effects, resulting in yield strength The decrease of the ratio is the main reason for the negative deviation of the HHLLD value; the slight change of the elastic modulus has little effect on it.

Cut strip samples with a mass of more than 5kg in different hardness areas on different pipes with a thickness of more than 20mm. According to 7.9 of GB/T17394-1998 “Metal Leeb Hardness Test Method”, the Brinell hardness and Leeb hardness test are carried out on three areas on the same sample, as shown in Figure 1.
After the test, the average value of 15 HBHLD values and the average value of 3 Brinell hardnesses are regarded as a set of corresponding values. Repeat the above test, and the test results are summarized in Table 2.
Tab.2 The results of hardness test

In order to analyze the internal reasons for the deviation between the values of HBHLD and HBW, a strip specimen with uniform hardness was selected for mechanical performance test to test the elastic limit, elastic modulus and tensile strength of the specimen. The tensile specimen is ¢, a 10 mm standard 5 times circular cross-section specimen. The elastic limit is expressed by the stress when 0.01% plastic strain is generated, which represents the strength when a slight yield is generated. The test results are shown in Table 3. The table also lists the deviations of the HHLLD value and the yield ratio data calculated based on the test results. 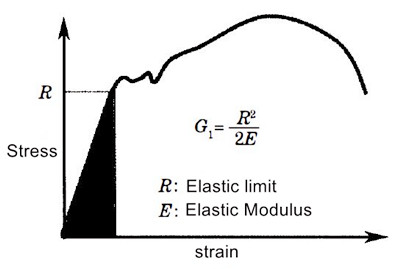 The influence of elastic modulus on the deviation of HHBLD value

Under the premise that the modulus of elasticity is constant, the rebound hardness value represents the resistance of the material to a small amount of plastic deformation, while the indentation hardness value represents the material’s resistance to large amounts of plastic deformation and strain hardening [2]. They are in true stress-true The corresponding position on the strain curve is shown in Figure 4. Therefore, when converting Leeb hardness to Brinell hardness, it is also necessary to consider the gap between Rp0.01 and Rm. The size of this gap can be expressed by the ratio of the two, that is, the yield ratio. It is not difficult to understand that when the yield ratio is lower than a certain range (the range corresponding to the hardness tester conversion relationship), the gap between Rp0.01 and Rm is too large, and the actual HBW value will be larger than the converted HHLLD value, that is The HBHLD value has a negative deviation; similarly, when the value is higher than this range, the HBHLD value has a positive deviation. 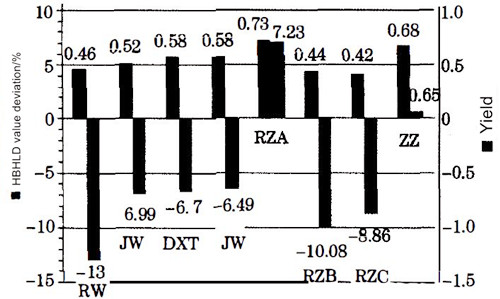 Fig.5 The relationgship between yield ratio and the deviation of HBHLD

Reasons for deviation of HBHLD value

(1) When testing the Leeb hardness of low hardness P9 steel pipe fittings, after eliminating the measurement error caused by external factors, the Brinell hardness conversion HBHLD will still have a large negative deviation compared with the measured Brinell hardness.
(2) The elastic modulus of P9 steel pipe fittings with high alloy content is slightly higher than that of low-alloy steel, which is not the main reason for the deviation of its HHLLD value.
(3) Due to the disappearance of martensite laths and the precipitation of carbides, the low-hardness P9 steel pipe fittings cause dislocation strengthening and agglomeration strengthening effects to weaken, which in turn reduces its yield ratio. This is the main reason for the negative deviation of the HHLLD value.
(4) When the material yield ratio is within a certain range, the HHBLD value is relatively accurate, and deviation from this range will cause a large deviation. You can consider how to correct the HHBLD value from the microscopic factors that affect the yield ratio.
Author: Yang Chao, Tang Chun slope, Sun Hung

Article Name
Cause Analysis of Deviation in Brinell Hardness Conversion Value of Low Hardness P91 Steel Pipe Fittings
Description
The decrease in the hardness of P91 steel pipe fittings is accompanied by the weakening of the solid solution strengthening and dislocation strengthening effects, resulting in yield strength The decrease of the ratio is the main reason for the negative deviation of the HHLLD value; the slight change of the elastic modulus has little effect on it.
Author
https://www.steeljrv.com
Publisher Name
www.steeljrv.com
Publisher Logo