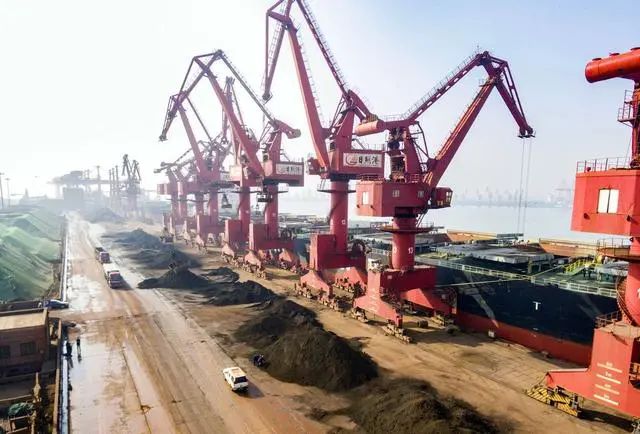 China has long been the world’s largest steel producer. In 2017, the global share of crude steel production exceeded 50% for the first time. By 2019, crude steel production has reached 996 million tons, accounting for 53.3% of the world’s 1.869 billion tons, which is a new high. . It can be said that since the new century, especially since 2010, the rapid growth of China’s steel industry has been the main driving force for the development of the global steel industry, and most of the global crude steel production increase has been contributed by China.
Behind the great leap in China’s steel production is the rapid development of China’s economy in the past two decades. China’s gross domestic product (GDP) in 2019 was nearly 10 times that of 2000. In 2010, China’s GDP has surpassed Japan to rank second in the world, and China’s GDP has doubled in 2019. With an economy of this size and such rapid growth, it is staggering. It is no wonder that the United States has launched a trade war against China.
It takes about 1.6 tons of iron ore to produce 1 ton of pig iron. While China’s crude steel output is making a big leap, China surpassed Japan as the world’s largest iron ore importer as early as 2003. Japan imported 135 million tons of iron ore in 2004, and China’s 208 million tons. According to China Customs data, China imported 1.068 billion tons of iron ore in 2019, breaking through 1 billion tons for four consecutive years, and the amount exceeded 100 billion U.S. dollars for the first time, reaching 101.462 billion U.S. dollars, with an average price of 94.92 U.S. dollars per ton, an increase from 2018. 34%. At present, China’s dependence on foreign iron ore exceeds 80%, and it has become highly dependent on imported iron ore.
China’s dependence on imported iron ore is actually its dependence on Australia. Taking 2019 as an example, Australian iron ore accounted for 67% of China’s imported iron ore. Of course, China’s imported iron ore also accounted for 82.2% of Australia’s iron ore exports, and iron ore accounted for 24.68% of Australia’s exports. In terms of iron ore, China and Australia are in fact interdependent, so both sides have extremely tacitly excluded iron ore from trade frictions.
However, when talking about Australia’s use of iron ore as a weapon to counter China, some people cited data from the United States Geological Survey (USGS) to point out that China is also the world’s top iron ore producer. According to data from the US Geological Survey, China’s iron ore output reached 1.51 billion tons in 2014, nearly double that of Australia’s 774 million tons in the same period. By 2019, China’s iron ore output has fallen to 335 million tons, Australia has increased to 930 million tons, Brazil has also surpassed China to rank second with 480 million tons, and India ranks fourth with 210 million tons. 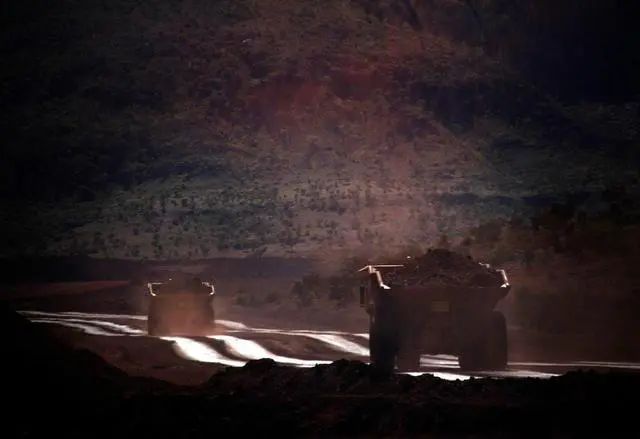 In the Pilbara region of Western Australia, Australia’s main iron mining area, trucks loaded with iron ore are driving along the highway towards Port Hedland

In just a few years, China’s iron ore output has dropped from 1.51 billion tons to 335 million tons. What happened behind it? A careful comparison of the data released by the U.S. Geological Survey shows that the so-called explosion is just a word game, and it may also be compared with China. Relevant to revised statistical standards. China’s iron ore output in 2015 and before was “Mine production”, which is the output of crude ore. After 2015, the output of “Usable ore” can be used. The statistical standard from the output of coarse ore to the output of usable ore leads to a sudden drop in data, which stems from the inherent shortcomings of China’s iron ore that “more lean ore and less rich ore”.
According to the taste, the iron content of iron ore, it can be divided into rich ore with an iron content of more than 50%, low-grade ore with iron content of 35% to 50%, lean ore with iron content of 25% to 35%, and ultra-lean ore. . Although China’s iron ore reserves are as high as 20 billion tons, second only to Australia’s 48 billion tons, Brazil’s 29 billion tons, and Russia’s 25 billion tons, ranking fourth in the world, but poor ore accounts for 98.8% of all ore reserves. The average grade of ore is only 35%, far lower than Brazil’s 52%, Australia’s 48%, Russia’s 56%, and India’s 62%.
The ore in Australia, Brazil, Russia, India and other countries can be smelted directly after simple processing. The output of crude ore is almost the same as the available ore. The poor ore in China needs to be processed to a certain taste before smelting. According to data from the US Geological Survey, China’s crude ore output was 1.38 billion tons in 2015 and Australia was 824 million tons. When converted into usable ore output, China has shrunk to 375 million tons, and Australia still has 817 million tons.
The shrinking from coarse ore to usable ore reflects another weakness of China’s iron ore industry, which is the high cost. On the one hand, most of China’s iron ore is difficult to mine deep underground, and the mining cost is not low, and the beneficiation further pushes up the cost. However, most of the iron ore in Australia and Brazil are concentrated on the surface, which is easy to mine and does not require deep processing and beneficiation, and the cost is far Lower than China.
In 2019, the cost of iron ore in China was approximately US$70.7 per ton, of which the manufacturing cost of iron fine powder reached US$52.8 per ton, while the average global iron ore cost was only US$32.3 per ton during the same period, of which mining costs were US$15.6 per ton. The cost of ore processing is US$7.68 per ton. Brazil’s Vale, one of the world’s four largest miners, has a production cost of its S11D mine in Brazil even less than US$10 per ton. The low competitiveness of China’s iron ore industry and the huge profits of the world’s four major iron ore miners can be seen. Of course, China’s iron ore is not without its advantages. For example, the iron ore of Baiyun Obo and Panzhihua is difficult to smelt because of the content of other minerals, but the rare earth, vanadium and titanium resources contained in it are precious wealth.

Pangang Group Co., Ltd. is located in Panzhihua City, Sichuan Province, at the junction of Sichuan and Yunnan in southwest China. It was established based on the rich vanadium-titanium magnetite in Panzhihua. It is China’s largest production base of vanadium products and railway steel, and the largest production base of titanium raw materials.
The reason why China relies heavily on imported iron ore is also related to the structure of China’s steel industry. According to data released by the World Iron and Steel Association in 2018, the global output of electric furnace steelmaking (short process) with scrap steel as raw material in that year was 524 million tons, accounting for 29%, and converter steelmaking (long process) with iron ore as the main raw material. Accounted for 71%, and China’s electric furnace steelmaking accounted for less than 10% during the same period. With China accounting for more than half of the world’s steel production, less than 10% of the electric furnace steelmaking ratio will inevitably consume most of the world’s iron ore and must rely on imports.
China is currently in the post-industrialization stage, and some coastal cities have begun to de-industrialize, and still importing large amounts of iron ore is actually good news for China, indicating that China’s manufacturing industry and the real economy are still developing, rather than de-industrializing like Europe and the United States. , To a certain extent belongs to the trouble of happiness. On the other hand, some countries that claim to be a big country and claim to be vigorously developing manufacturing, iron ore reserves and output are much lower than China, but exporting large amounts of iron ore, it is really strange.
Source: China Flanges Manufacturer – Yaang Pipe Industry Co., Limited (www.steeljrv.com)