Fasteners are the most widely used and the most used mechanical basic parts, and are known as the “industrial rice”. At present, China has become a major fastener manufacturing country, and fastener production has ranked first in the world for many years. However, the product structure of China’s fastener industry is still unreasonable, the product grade is low and the added value is low, which makes it difficult to increase the price.

Comparing the export data of fasteners between China and Japan, the export volume of the two countries is very close, which is 9.375 billion US dollars and 9.69 billion US dollars respectively, but the export volume is 6.2 million tons and 2.87 million tons, which indicates that China Exported fastener products have the largest tonnage, but the added value is the lowest, which has led to China becoming the country with the most anti-dumping investigations on fastener products.
However, in recent years, under the encouragement and guidance of national policies, Chinese fastener companies are constantly undergoing transformation and upgrading. Many practitioners are committed to improving production and management technologies, and products are gradually moving from general standard parts to aerospace, military, and medical. Development of precision, high strength, high value added fasteners.
Titanium alloy fasteners double the added value
China’s fastener industry is gradually moving toward “specialization” and “lightweight”, such as medical titanium alloy fasteners used on artificial roots and artificial bone marrow, and aviation titanium alloy fasteners used in aerospace. It is the representative of high-end products. Ping Lin, a foreign trade manager believes that although the current proportion of fastener products is less than 10%, high-end fasteners represented by titanium alloy fasteners have a very broad export prospect.
Titanium alloy has been widely used in aerospace, automotive, yacht, sports equipment, electronics, medicine, petroleum, metallurgy, chemical industry, marine due to its light weight, high strength, low density, corrosion resistance, high temperature resistance and non-magnetic properties. Engineering, construction and other industries, and gradually replace a variety of metal materials, in a short time to jump to the third place in the use of metal materials. 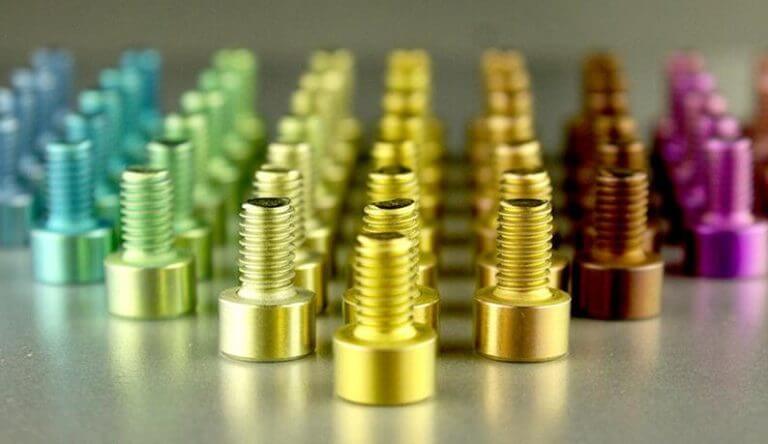 Usually, customers will send detailed design drawings first, and then China’s titanium alloy fastener suppliers will customize the products according to different industry needs. In terms of product quality control, European and American customers are more stringent than domestic customers. Not only do the factories have IOS9001 and other related quality certifications, but also higher standards in precision control.

Trade wars hit the US market

The United States is the largest single market for fasteners worldwide, and the Sino-US trade war has also brought a lot of impact to Chinese exporters. Ping Lin said frankly that the US market is not doing well this year. Due to the increase in tariffs, US customers will ask for more demanding requirements. For example, in logistics and transportation, it will be required to replace it with a relatively cheap logistics company to save costs. In addition, in order to avoid being taxed, some US customers may even request to change the name of the product and use the HS code provided by them to declare the customs, which also increases the risk of export.

The uncertainty of the trade war has forced exporters to find new markets. Ping Lin said that in order to cope with the impact of the decline in US customer orders, they will focus on future overseas market expansion in Europe, Japan and South Korea. At the same time, it will also pay attention to emerging markets such as the Middle East and Southeast Asia.