How to calculate the wave node number of expansion joint

How to calculate the wave node number of expansion joint

The expansion has been calculated:

How to calculate the wave node number of expansion joint according to the expansion amount? 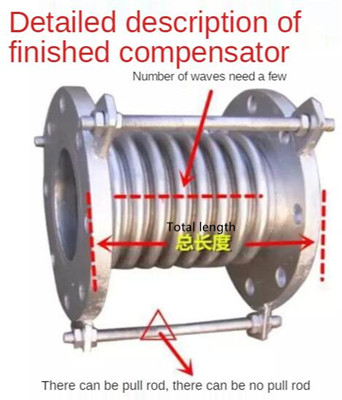 How to calculate the weight of expansion joint? 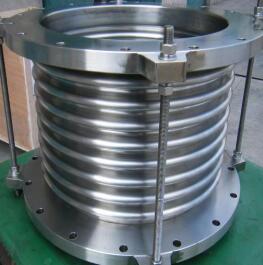 Metal expansion joint and non-metal expansion joint can be used at the inlet of absorption tower. Depending on its own situation, Hongsheng non-metal expansion joint is mainly made of multi-layer soft materials, which has many advantages such as high temperature resistance, high pressure resistance, strong corrosion resistance, good flame retardant performance, sound absorption and shock absorption, good flexibility and so on. The fabric compensator has a long service life, and compared with the traditional metal bellows, it avoids the rigid force transmission caused by the connection, eliminates the pipeline vibration, solves the problem of the compensation amount of the thermal expansion and cold contraction of the fan and the unavoidable position deviation of the metal parts. And can play in the accident to the fan, the pipeline, the boiler and so on the protection function. And it is much better than metal expansion joint in transportation, installation, cost, maintenance and many other aspects.
The length of tube joint is not less than 300. Why, is it suitable for the middle tube joint of expansion joint?
In order to make the weld on boiler and pressure vessel evenly distributed and avoid the superposition of welding residual stress, the number and arrangement of weld are specified in relevant boiler and pressure vessel regulations. 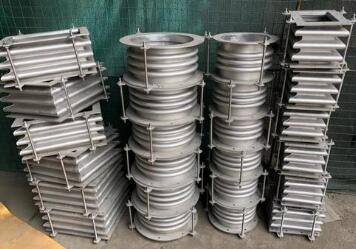 Due to the constraints of various aspects, it is quite complicated, but any complex pipe system can choose several fixed supports to choose different settings in different parts, and divide them into several relatively simple shape separate pipe sections, Z-shaped pipe section and π type pipe section, and determine the deformation and compensation amount of each pipe section respectively. Due to the variety of compensator, the correct selection of the type is made It is very important, so in the overall design of the pipe system, the design of the pipeline direction and support system (including fixed pipe support, guide sliding pipe frame, etc.) and the design of the compensator should be considered comprehensively, so as to achieve the best combination of safety, rationality, applicability and economy.
Rectangular metal bellows expansion joint is a flexible component with bellows as the core, and it can be compensated in three directions, namely axial, transverse and angular. Axial compensator is used to reduce the self excitation of medium. There is no inner sleeve in the product, which limits the radial compensation capacity to a large extent. Therefore, it is generally used to absorb or compensate the axial displacement of the pipeline (if a small amount of radial displacement is required in the pipe system, the maximum diameter displacement can be explained when ordering): the transverse displacement compensator (large tie rod) mainly absorbs the transverse displacement perpendicular to the axis of the compensator, and the lateral displacement of the small tie rod is mainly absorbed The compensator is suitable for absorbing transverse displacement, and can also absorb the combination of axial, angular and arbitrary displacement in three directions: hinge compensator (also known as angular compensator). It is used with two or three compensators (single hinge compensator has no compensation capacity), which can absorb transverse deformation in one-way plane. Universal hinge (angular) compensator is used by two or three matching devices, which can absorb the deformation in three-dimensional direction.

If you want to have more information about the article or you want to share your opinion with us, contact us at sales@steeljrv.com
Please notice that you might be interested in the other technical articles we’ve published: