Source of the problem 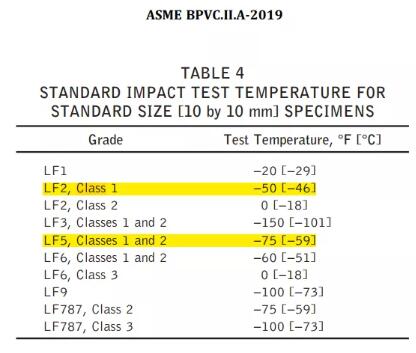 The manufacturer thinks that LF5 material should be selected according to MDMT, so flange forgings are purchased. However, the owner does not agree that LF5 is not available for ASME B16.5 flange, so it cannot be used for pipe flange.

The manufacturer was wronged:
Why not use the material with better low temperature performance? Isn’t the flange made better than LF2? Can it be considered that the material of LF5 also belongs to table ii-2-1.1? 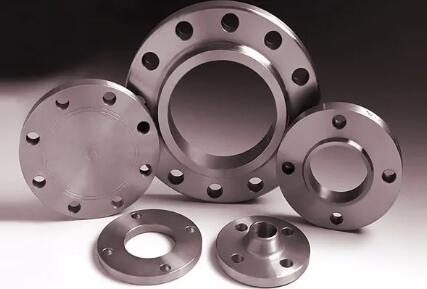 Many friends in the design of small diameter vessels, such as nps10 “equipment, according to this article, the 10” pipe flange of SA-266 material is used as the equipment flange.
In this way, the allowable pressure of pipe flange according to SA-105 ASME B16.5, MAWP is more than enough, and there is no need to calculate.
The two allowable stresses are the same. It is usually considered that they are of the same material. When they are made into pipe flanges, there should be no problem.

This kind of problem often occurs, so someone asked ASME B16.5:

https://cstools.asme.org/Interpretation/InterpretationDetail.cfm?TrackingNumber=17005
The question is: does ASME B16.5 allow SA266 GR.2 material to be replaced by SA105 material?
The answer is: No.
That is to say, even though SA266 and SA105 are considered to be basically equivalent materials, they cannot be replaced if they are not listed in ASME B16.5.
ASME B16.5, is so stubborn.
After all, large forgings are used for large forgings, and SA105 should be used for small forgings.
But Volume II says that SA105 is not allowed to be used for equipment flange. What should we do? Aren’t these two norms contradictory?
In fact, there are two solutions:

How to solve it?
Back to the above question, how to solve it?
Considering that the material has been bought back and turned into inventory, if we want to make rational use of it, we can only calculate the pipe flange according to the non-standard flange on the basis of the owner’s consent, and each pipe flange shall issue a separate calculation sheet. Avoid using the pressure and temperature rating table of ASME B16.5 and bypass the limitation of ASME B16.5.
But experience will know, according to the pipe flange may not be able to calculate each flange through. After all, it is not possible to change the size of the pipe flange of the equipment due to pairing with the pipe. Therefore, the implementation of this point may encounter difficulties.
Of course, B16.5 is not allowed to use, it does not mean that there will be safety problems, it is just non-compliance. According to the figure below, it belongs to the scope of doing. Whether this kind of situation is still negotiable or not needs to be negotiated by the factory, the owner and AI.
For example, for example, in the original project, the code used was ASME VIII I, but HG / T 20615 flange was used for flange. The flange size was the same as American Standard B16.5, but the standard number was different. At the beginning, according to the requirements of ASME, all pipe flanges should be calculated.
Finally, after technical and commercial mediation, all parties agreed to exempt the calculation of pipe flange.