Cause of the problem

My friend emailed me a question.

However, the owner does not want to modify the flange pressure grade or reduce the load, so he wants to use stress analysis instead of UG44 to determine the actual maximum load.

The owner’s idea is:
It is preferred to calculate the pipe load in the general drawing. If the analysis fails, reduce the actual load in proportion (e.g. 90%, 80%, etc.) until it passes. The value calculated in pvelite is 70%, and it is hoped that the value analyzed will be greater than 70%.

The owner’s impression that the specification can’t, doesn’t mean that the analysis can’t. stress analysis is omnipotent and can do anything. Take a chance with the analysis. What if it can pass?

If you want to have both fish and bear’s paw, will FEA work?

The introduction of ug-44 was introduced in the original article:

Its sources are as follows:

The method is taken from PVP2013-97814 “improved analysis of external loads on flanged joints” (prepared by Dr. Warren Brown) issued by ASME in Paris on July 14-18, 2013. These formulas have been included in the specification case 2901 issued in December 2017. Now it has entered ASME Code 2019.
Let’s see how the original paper is written. 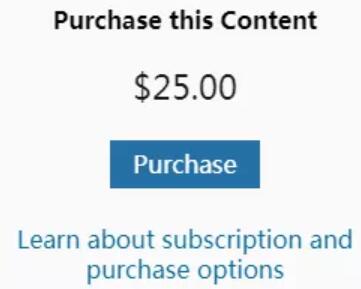 The paper points out a fact:
The experimental data show that “unless at high temperature, the external force and bending moment have little effect on the correctly assembled flange joint until the load exceeds the allowable design stress level of normal pipeline.”
This paper reviews the mainstream methods of evaluating flange leakage by pipeline external force and bending moment:
Equivalent pressure method:
It is considered that all loads act on the gasket, and this method is a very conservative method.
Maximum yield strength method:
This method is entered into NC-3658.3 of ASME III divi, also known as NC3658.3 method.
Internal pressure and torque are applied to the bolt. If the bolt is damaged, flange leakage will occur, and it is assumed that the stress is evenly distributed on the circumference of the circle where the bolt hole is located. This method is sometimes not conservative.
Finite element analysis:
The influence of external load can be accurately confirmed by finite element method, and the leakage prediction proportional to the gasket strain can be realized. However, it is usually impractical to rely on finite element analysis for general pipeline design.
The author gives a real case to illustrate the limitations of various methods.
An ASME B16.47B series, 26″ – Class300 flange is about 510 degrees, which leaks after only a few months of operation due to large bending moment. 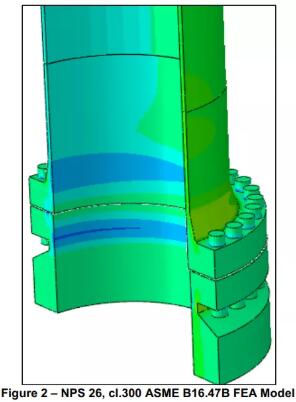 It is found that the allowable bending moment is only 5% of the yield strength of the pipeline material under operation.
Calculated by NC3658.3 method, the allowable bending moment is 26% of the yield strength of pipeline materials at room temperature.
The actual leakage bending moment is 20% of the yield strength of pipeline material at room temperature
In other words, NC3658.3 is not conservative at high temperature. Because it is coupled with material yield, the effect of creep relaxation on the leakage possibility of flange joints is not considered. This is acceptable in ASME III NC because design in the creep range is not allowed.
This case highlights the risk of applying the ASME III method to other structural codes.
On the contrary, the equivalent pressure method is linked to the flange pressure grade and considers the effect of creep, because once the creep relaxation becomes significant, the flange rated pressure will be significantly reduced.
This reduction is shown in Figure 3, which indicates the flange rated reduction ratio and the material yield reduction ratio of class 1.1 material. 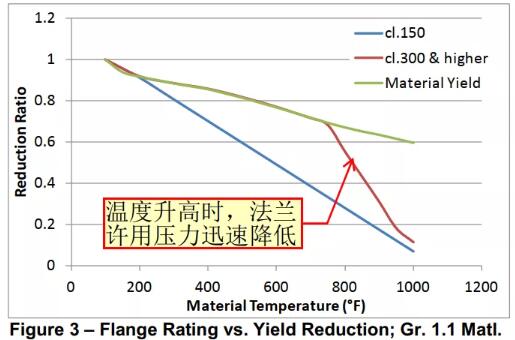 It can be seen that once creep becomes significant (approximately 750 °f), the flange pressure rating decreases rapidly. However, even in the case of leakage, the equivalent pressure method is still too conservative (the actual leakage torque is 4 times).
This conservatism will lead to unnecessary complexity of the pipeline system.

Neither of the above two methods is perfect, so when establishing a new method, we should develop the strengths and avoid the weaknesses, and consider the following factors:

Phase I of the new method:
The mechanical interaction effects were evaluated using the methods outlined in brown.

According to the size and grade of each flange, the influence level of load transmitted from gasket and bolt is determined. By comparing with the elastic-plastic finite element results, it is verified how the elastic interaction improves the evaluation results. It can be seen that the results of gasket stress reduction are closer to the results of finite element analysis, so the results are more conservative.

The second stage of the new method:
Using the method in Appendix o of ASME PCC-1, calculate the bolt assembly load required for each flange size and grade using spiral wound gasket and A193-B8 Cl2. The selection of bolt materials makes the results applicable to the widest range of flange joints, which will be conservative compared with B7 or B16 bolts of Class 150-600.
This method is used to determine the leak proof buffer of each flange joint when it is assembled to the bolt preload and the upper rated pressure of ASME B16.5 is applied (ASME B16.5 table A-1).
The following figure shows the anti leakage buffer zone of 14 “CLASS600. It can be seen that the anti leakage buffer zone is 14% of the bolt yield strength.

If the gasket stress buffer is divided by the stress lost by the gasket at rated pressure, a ratio is established, which represents the part of the joint that may be subjected to rated pressure (FM) higher than this pressure before leakage occurs.
For ASME B16.5 flanges, all flanges are calculated in Figure 8 and the original moment factor (FM) is plotted without conservative adjustment. 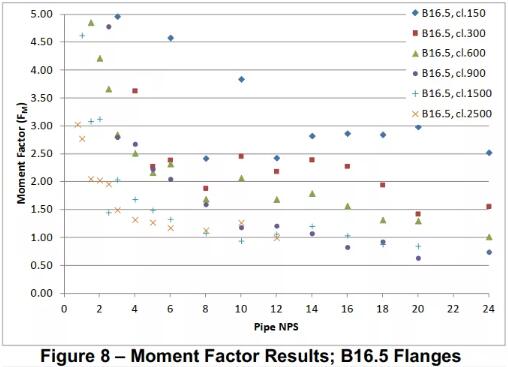 It is necessary to make conservative adjustment to the original load. Considering the problems of assembly and calibration, for the expansion load, the value of FM is adjusted to half of the original value, that is, the table value in ASME VIII I UG44.

General notes (b) in the table. When this table is used for long-term load or operating temperature under creep and relaxation conditions, the designer should consider reducing FM value. Because the long-term load will have a greater impact on the relaxation of the flange.
So how should it be reduced? It is suggested in the paper that FM should be divided by 2 for long-term load.

It can be seen from the paper that the FM of UG-44 fully considers the influence of various parts of the flange system, bolt strength, gasket, preload, etc., and also considers the long-term load, thermal expansion load, creep relaxation, etc.
The results obtained are consistent with the finite element method, with moderate conservatism, much lower conservatism than the equivalent pressure method, and more reliable than the maximum yield strength method. The result considers the safety factor of 2. The calculation method is very simple and is very suitable for engineering application.
Back to the initial friend problem, we can solve the problem by synthesizing the arguments of the paper:
1. Since the source of UG44 is the paper on the ASME official website as the annex, according to the idea of the paper, it is verified by analysis and test. When forming the code, the safety factor is basically greater than two. We can find the limit FM of each flange according to the paper. For example, for the 30″ – 150 #, B-series flange of this project, the actual limit FM is 0.7, (FM in the specification is 0.32). We can use FM = 0.7 to substitute into UG44 to calculate the actual limit load. 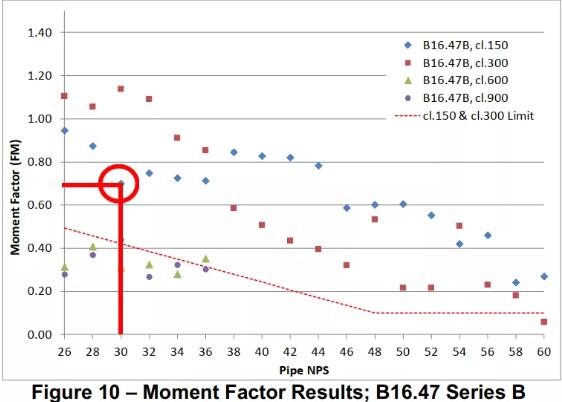 2. Use the calculation table of UG44 to adjust the value of each item. After preliminary calculation, generally speaking, the pressure value contributed by bending moment is very large. Therefore, when it is unqualified, give priority to reducing the bending moment and even increasing the load of FE.
It can be seen from the following calculation results that the external load can be evaluated as qualified after FM adjustment.

The preparation method is shown in:

3. After adjustment, it is recommended to change the bending moment to 65000nm, and the rest remain unchanged.

4. As a supporting measure, the bolt preload of this flange shall be set according to ASME PCC-1 non mandatory appendix O. large preload has a very good performance for pipeline load.

Plug one ‘s ears while stealing a bell

In the future, make it clear to her friends. I think the problem has been solved. It will take some time to know. The method mentioned above is not convincing.
Finally, I paid for someone and issued an analysis report to prove that there was no problem with the load.
Sometimes I feel helpless: