The latest pipe of what is now Norway’s longest and largest oil pipeline was installed late last week right next to the riser platform at Johan Sverdrup field. The 36-in. pipeline extends 283 km from the Mongstad oil terminal outside Bergen to the giant field in the North Sea. 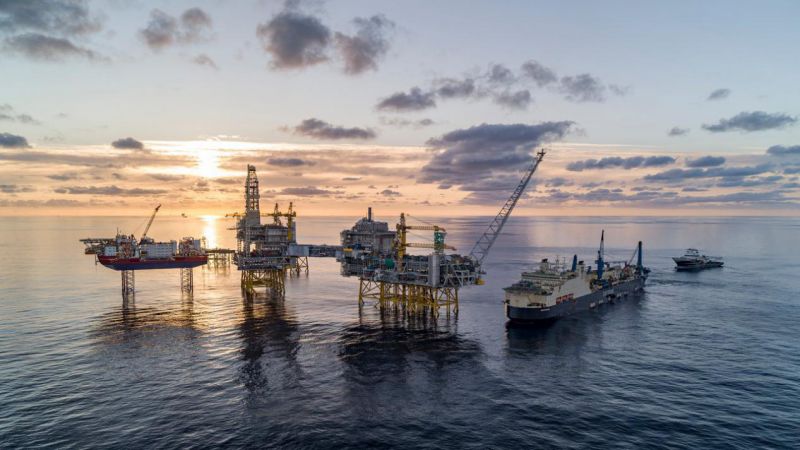 “We have, together with our supplier Saipem, succeeded in laying the oil pipeline to Johan Sverdrup without any serious incidents. It has been a significant operation, involving more than 600 people, who have welded together over 23,000 pipes to create what has now become Norway’s largest and longest oil pipeline,” says Geir Bjaanes, responsible for subsea, power and pipelines for the Johan Sverdrup project.

“The oil pipeline plays a really central role in the project. When the Johan Sverdrup field produces at peak, 660,000 bbl of oil valued at more than NOK 350 million each day, will flow daily into Mongstad,” says Bjaanes.

The vessel Saipem Castorone began pipelaying operations at Mongstad in late April this year. After, the pipeline was laid through the Fensfjord before the vessel set course for the Johan Sverdrup field. The operations have been executed with high quality and no serious incidents.

With the oil pipeline installed Saipem Castorone is now getting ready for the next stage – laying the 156 km long gas pipeline that will extend from Johan Sverdrup field to the Statpipe pipeline, from where gas from the field will eventually be shipped to Kårstø. The pipeline installation operations are expected to be completed during the autumn.

“We have spent many years with Saipem planning these operations. We’re all very aware of the size of the task, with several months at sea with a significant installation scope. The key is to follow the thorough plans that we’ve prepared and maintain our significant focus on HSE along the way, until also the gas pipeline is in place,” says Tor Kåre Egelandsdal, responsible for the pipeline installation and the contract with Saipem.

When the pipeline operations are complete, the 2018 Johan Sverdrup installation campaign will be over. With three jackets, two topsides, one bridge, over 400 km of pipelines, and 200 km of power cables, the 2018 campaign is probably the busiest installation campaign ever for a project on the Norwegian continental shelf. And in 2019 the last two topsides and remaining bridges will be put in place before startup of the first phase of the Johan Sverdrup development expected in November next year.