In order to study the safety performance of low-hardness P91 steam pipes and headers in operation, anatomical tests were conducted on low-hardness P91 steel pipes that had been in service for 10,000 hours to analyze the microstructure and normal temperature mechanical properties of low-hardness pipes, 540℃, the relationship between high temperature mechanical properties and endurance test at 566℃ and 600℃, and the accuracy of the on-site Leeb hardness test method was compared and studied. The judgment standard of the P91 steel pipeline in service was obtained and the P91 steel pipeline in service was given. Safety evaluation results and technical countermeasures for supervision.

With the rapid development of large-capacity and high-parameter ultra (super) critical units in my country’s thermal power plants, P91 material with a durable strength of 100 MPa at 593 ℃/100,000 h is widely used in main steam with a temperature higher than 566 ℃ High temperature components such as pipelines, reheat steam pipelines and their bypasses, high temperature headers. In view of the good heat resistance of P91, even 540℃ subcritical units are also widely used. In the early stage of the construction of ultra (super) critical units, P91 mainly relied on imports. Due to the huge import volume, although my country has experienced the process of using fake P91, it has completed the localization goal of P91 in just a few years.

Table of Contents hide
Summary of the low hardness of P91 steel main steam pipe
Test methods and characteristics
Test research and result analysis
Chemical composition analysis
Low hardness comparison test
Mechanical properties
High temperature durability
Conclusion
According to the requirements of ASME SA335-SA335M, the hardness of P91 steel pipes does not exceed 250HB. However, in the inspection process of P91 materials, whether it is imported or domestic materials, its low hardness is a very common problem. The hardness value can be divided into two grades: one is between 160-180HB, the other is between 140-160HB, and individual parts are even lower, and there are also unqualified tissues. Therefore, the newly promulgated DL/T438-2009 “Metal Technology Supervision Regulations for Thermal Power Plants” in the electric power industry clearly stated that the hardness of P91 material should not be lower than 180HB. However, there are still a lot of low hardness phenomena in the P91 pipelines and headers that have been in operation, which brings serious safety hazards to the long-term stable operation of the unit. It is undoubtedly extremely important to evaluate the safety performance of low-hardness P91 steam pipes and headers.

In summary, the common hardness problems of P91 can be divided into the following categories:

The elbow has a back arc length of about 2 meters and an included angle of about 90° (that is, the included angle between ② and ⑧). The hardness value is low, between 130HB and 160HB, the lowest area (near C①) ) Reaches 138HB, the outer surface hardness distribution is obviously uneven, and the low hardness is mainly distributed on the back arc surface. If the pipe is expanded in the radial direction, the specific hardness distribution is shown in Figure 2, and the microstructure of the low hardness area is shown in Figure 3. 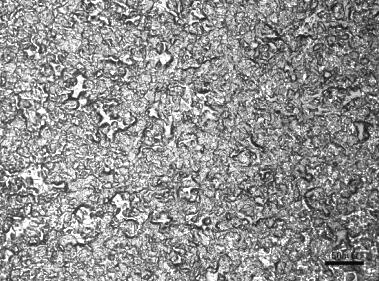 The same situation can be seen in many power plants. The 90° elbow of the main steam pipe of a certain power plant is made of P91. During the maintenance after service, it was found that the hardness distribution of the elbow was uneven, and the local hardness of the back arc surface was low, ranging from 140HB to 160HB. The metallographic structure of the low hardness position Abnormal, ferrite appears, and the martensite phase has disappeared obviously, and the hardness of the straight sections at both ends of the elbow and the inner arc surface are normal. Another power plant produced A335 P91 pipes in the United States with specification ID368×42mm. In the inspection of the pipe end surface, it was found that the hardness distribution of the inner and outer walls of the pipe was uneven. The hardness value within 20mm from the outer surface was low, between 160HB～170HB, and other parts the hardness value is 180HB～200HB.

In the research and on-site inspection of pipelines and headers, there are three commonly used test methods: one is to use a Leeb hardness tester to test the components on site, the other is to use a hammer hardness tester to test the components on site, and the third is to the parts were dissected and tested in the laboratory with bench-top hardness.
Brinell hardness is the ratio of the pressure to the indentation area of the sample under a certain detection force. It has high measurement accuracy and good repeatability. The Leeb hardness is used to specify the impact body of a certain quality to impact the surface of the sample at a certain speed. The hardness value is calculated by the ratio of the rebound speed of the impact head at a distance of 1 mm from the surface of the sample to the impact speed. It is characterized by high accuracy and can guarantee ±0.8%. The principle of hammer hardness is the same as the Brinell hardness test method, but its error is large, so it is also called “approximate hardness test method”.
In the field of hardness testing, desktop Brinell hardness measurement is not feasible, and portable Leeb hardness is often used for measurement. The test standard is GB/T17394-1998 “Metal Leeb hardness test method”. However, GB/T17394 clearly stipulates that the test objects are low-carbon steel, low-alloy steel and cast steel. If the range of these materials is exceeded, a comparative test should be carried out to find out the corresponding relationship, so that the true hardness of the material can be accurately recorded. Article 8 of GB/T17394 also stipulates that “should avoid converting Leeb hardness into other hardness as far as possible”, and “should be accompanied by the corresponding hardness symbol before the Leeb hardness symbol. For example, 400HVHLD means the value measured by the D-type impact device. The Vickers hardness converted from the hardness value is 400″.
Therefore, for P91 steel, when the hardness test is carried out on site, a laboratory simulation comparison test should be carried out to obtain the conversion relationship.

The sample material was taken from a P91 steel pipe in service in a power plant, with a specification of Di368.3×41mm. The field hardness test is 130-160HBHLD.

A large number of field tests have shown that there is a certain deviation between the hardness value measured by the Leeb hardness tester and the measured value of the benchtop hardness tester in the laboratory. To get the actual hardness value, it is necessary to conduct a comparative test. The conversion curve between HLD and HHBLD drawn according to the data conversion table in GB/T17394 is shown in Figure 4.

Figure 4 Conversion curve between HLD and HHBLD in GB/T17394 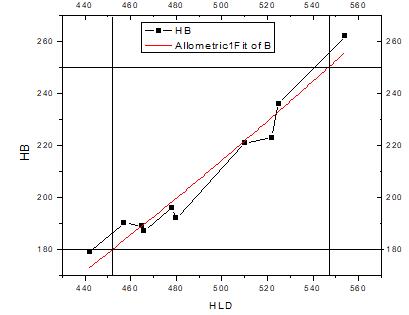 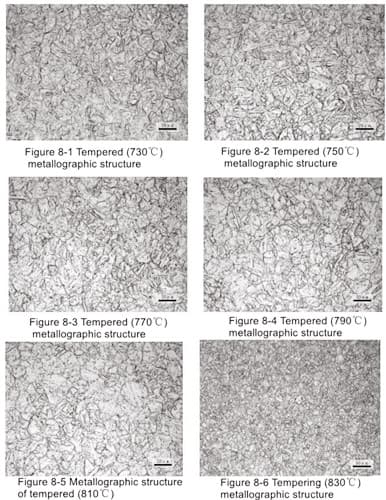 According to the endurance test data, the relationship between the fracture time and the initial stress is shown in Figure 9.

Fig. 9 Curve of extrapolation trend of endurance strength of low hardness P91 steel at 540℃ and 566℃