The requirements of valve sealing performance should be based on the prevention of leakage. According to the different parts and degrees of leakage, the leakage of the valve is different. Therefore, it is necessary to put forward different leakage prevention measures. 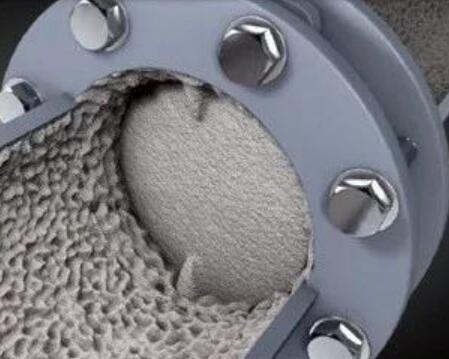 The sealing of liquid is through the viscosity and surface tension of liquid. When the capillary leaking from the valve is full of gas, the surface tension may repel the liquid or introduce the liquid into the capillary.
This creates a tangent angle. When the tangent angle is less than 90 ° The liquid will be injected into the capillary when the pressure is high, which will cause leakage. The reason for the leakage is the different properties of the medium. Different results can be obtained by using different media under the same conditions.
You can use water, air, kerosene, etc. When the tangent angle is greater than 90 ° Leakage can also occur. Because it has something to do with the grease or wax film on the metal surface.
Once the film on these surfaces is dissolved, the characteristics of the metal surface will change, and the originally excluded liquid will wet the surface and leak. In view of the above situation, according to Poisson formula, the purpose of preventing leakage or reducing leakage can be achieved under the condition of reducing capillary diameter and medium viscosity.

The valve seal is composed of two parts: roughness, which is composed of unevenness scattered on the wavy surface and waviness of distance between wave crests. In the case of low elastic strain of most metal materials in our country, if we want to achieve the sealing state, we need to put forward higher requirements for the compression force of metal materials, that is, the compression force of the material should exceed its elasticity.
Therefore, in the design of the valve, the sealing pair is matched with a certain hardness difference, which will produce a certain degree of plastic deformation sealing effect under the action of pressure.
If the sealing surface is made of metal material, the protruding points with uneven surface will appear first. At the beginning, only a small load can make these protruding points produce plastic deformation. When the contact surface increases, the surface roughness will become plastic elastic deformation. At this time, the roughness on both sides of the concave will exist.
It is necessary to apply a load that can cause serious plastic deformation of the underlying material, and make the two surfaces contact closely, so as to make the remaining path close along the continuous line and circumferential direction.

The valve sealing pair is the part of the valve seat and the closing part that closes when they contact each other. The metal sealing surface is easy to be damaged by medium, medium corrosion, wear particles, cavitation and erosion in the process of use. Such as wear particles.
If the roughness of the wear particles is smaller than that of the surface, the surface accuracy will be improved when the sealing surface is running in. On the contrary, it will make the surface accuracy worse. Therefore, in the selection of wear particles, the material, working condition, lubricity and corrosion of sealing surface should be considered comprehensively.
Just like the wear particles, when we choose the seal, we should consider all kinds of factors that affect its performance in order to play the function of anti leakage. Therefore, it is necessary to choose those materials that are resistant to corrosion, abrasion and erosion. Otherwise, the lack of any requirement will greatly reduce its sealing performance.

There are many factors affecting valve sealing, mainly as follows:

The physical properties of the medium also affect the sealing performance of the valve. These physical properties include temperature, viscosity and surface hydrophilicity. The change of temperature not only affects the relaxation of sealing pair and the change of part size, but also has an inseparable relationship with the viscosity of gas. The gas viscosity increases or decreases with the increase or decrease of temperature.
Therefore, in order to reduce the influence of temperature on the sealing performance of the valve, when we design the sealing pair, we should design it as a valve with thermal compensation such as elastic seat. Viscosity is related to the permeability of the fluid.
Under the same conditions, the greater the viscosity, the smaller the permeability of the fluid. Hydrophilicity of the surface means that when there is a film on the metal surface, the film should be removed. Because this thin oil film will destroy the hydrophilicity of the surface, resulting in blocking the flow channel.

The quality of sealing pair mainly means that we should check the material selection, matching and manufacturing accuracy. For example, the disc and seat sealing surface is very consistent, can improve the sealing. Its labyrinth sealing performance is good because of its more circumferential waviness.
Valve leakage is very common in life and production, which may cause waste or bring danger to life. For example, the leakage of tap water valve may lead to serious consequences, such as the leakage of toxic, harmful, flammable, explosive and corrosive medium in chemical industry, which may seriously threaten personal safety, property safety and environmental pollution.
A valve which is opened and closed by external rotary drive is designed with a sealing device, which is used to install a certain number of packing rings in the packing culvert to achieve sealing effect. But what is the sealing situation?
Valve packing leakage is one of the most prone parts of the valve leakage failure, but there are two reasons.

Leakage will cause material loss, pollute the environment, and even cause accidents. For flammable, explosive, toxic or radioactive media, leakage is not allowed, so the valve must have reliable sealing performance.
Next we will talk about the valve dynamic seal, static seal.

Valve dynamic seal, mainly refers to the stem seal. It is the central task of valve dynamic sealing to prevent the medium in the valve from leaking with the movement of valve stem.
Stuffing box form: valve dynamic seal, mainly stuffing box. The basic form of stuffing box is as follows:
1. Gland type: This is the most used form.
The unified form can distinguish many details. For example, from the perspective of hold down bolt, it can be divided into T-shaped bolt (used for low-pressure valve with pressure ≤ 16 kg / cm2), stud bolt and looper bolt, etc. From the gland, it can be divided into integral type and combined type.
2. Compression nut type: this type of form, small size, but the compression force is limited, only used in small valves.
Packing: in the stuffing box, the packing is in direct contact with the valve stem and is covered with the stuffing box to prevent medium leakage. The requirements for fillers are as follows:

Bellows seal:
With the rapid growth of chemical industry and atomic energy industry, the number of inflammable, explosive, highly toxic and radioactive materials has increased, and the valve seal has more stringent requirements. In some places, it is impossible to use packing seal, and a new sealing form, bellows seal, has taken place. This kind of seal does not need packing, also known as no packing seal.
Both ends of bellows are welded with other parts. When the valve rod rises and falls, the bellows will expand and shrink, and the bellows will not leak, so the medium can not be released. For the sake of safety, bellows and packing are often used for double sealing.

What is static seal? Static seal usually refers to the seal between two stationary surfaces. The main sealing method is to use gasket.
Properties of frequently used gaskets:
When using the valve, the original gasket is often replaced according to the specific situation. Common gaskets are: rubber flat washer, rubber O-ring, plastic flat washer, PTFE coated washer, asbestos rubber washer, metal flat washer, metal special-shaped washer, metal clad washer, corrugated washer, wrapping washer, etc.
1. Rubber flat washer: easy to deform, not hard to press, but poor pressure and temperature resistance, only used for low pressure and low temperature. Natural rubber has a certain acid-base resistance, and its service temperature should not exceed 60 ℃; Chloroprene rubber is also resistant to some acids and bases, and its service temperature is 80 ℃; NBR is oil resistant and can be used up to 80 ℃; Fluorine rubber has good corrosion resistance and temperature resistance, and can be used in 150 ℃ medium.
2. Rubber O-shaped washer: the section shape is round, has a certain self tightening effect, the sealing effect is better than the flat washer, and the compression force is smaller.
3. Plastic flat washer: the biggest characteristic of plastic is good corrosion resistance, most of the plastic temperature resistance is not good. Polytetrafluoroethylene (PTFE) is the top of plastics. It has excellent corrosion resistance and wide temperature range. It can be used for a long time from – 180 ℃ to + 200 ℃.
4. Polytetrafluoroethylene wrapped gasket: fully play the advantages of polytetrafluoroethylene, at the same time make up for its poor elasticity error, made of polytetrafluoroethylene wrapped rubber or asbestos rubber gasket. In this way, it not only has the same corrosion resistance as the PTFE flat washer, but also has excellent elasticity, enhances the sealing effect and reduces the compression force.
5. Asbestos rubber gasket: cut from asbestos rubber sheet. It consists of 60-80% asbestos, 10-20% rubber, fillers, vulcanizers, etc. It has good heat resistance, cold resistance, chemical stability, abundant supply and low price. When in use, the pressing force need not be large. It can adhere to metal, it is better to apply a layer of graphite powder, so as to avoid the difficulty of disassembly.
6. Metal flat hot ring: lead, temperature resistance 100 ℃; Aluminum 430 ℃; Copper 315 ℃; Low carbon steel 550 ℃; Silver 650 ℃; Nickel 810 ℃; Monel (Ni Cu) alloy 810 ℃, stainless steel 870 ℃. Among them, the pressure resistance of lead is poor, aluminum can withstand 64 kg / cm2, and other materials can withstand high pressure.
7. Metal dissimilar gasket:

8. Metal sheathed gasket: metal has excellent temperature and pressure resistance, and excellent elasticity. Prepuce materials include aluminum, copper, low carbon steel, stainless steel, monel alloy, etc. It is filled with asbestos, polytetrafluoroethylene, glass fiber, etc.
9. Wave washer: it has the characteristics of small pressing force and good sealing effect. The combination of metal and nonmetal is often used.
10. Encircling entangled gasket: it is a thin metal belt and non-metal belt close together, encircling entangled into a multi-layer circle, the section is wave shaped, with good elasticity and sealing. The metal belt can be made of 08 steel, 0Cr13, 1Cr13, 2Cr13, 1Cr18Ni9Ti, copper, aluminum, titanium, Monel alloy, etc. Non metallic belt materials include asbestos, polytetrafluoroethylene, etc.
Above, when talking about the performance of sealing washer, some figures are listed. It must be noted that these figures are closely related to the flange form, medium condition and installation and repair technology. They can be crossed and can not be reached. The pressure resistance and temperature resistance are also mutually transformed. For example, when the temperature is high, the pressure resistance often decreases. These subtle problems can only be realized in practice.