What is a quick closing valve

What is a quick closing valve

What is a quick closing valve?

The driving part includes power source and hydraulic actuator. The hydraulic medium is oil. The oil cylinder, oil pump and accumulator constitute an independent closed power oil source system. The oil pump provides hydraulic power, and the hydraulic actuator is composed of cylinder, piston, valve head, stem and other main parts, as well as the guiding and sealing devices, which are connected to form a moving whole. Through the up and down movement of the piston, the movement of the valve head and the valve stem is driven to realize the opening and closing of the quick closing valve.
Figure 2 is a three-dimensional solid diagram of the piston. As shown in the figure, the piston is an annular structure, which is connected by the middle hole, the valve stem and other parts. The circumferential annular groove is used to place the sealing parts. Piston plays an important role in the operation of quick closing valve, which transforms the potential energy of oil pressure and spring force into the kinetic energy of actuator. So as to realize the quick closing of the quick closing valve. 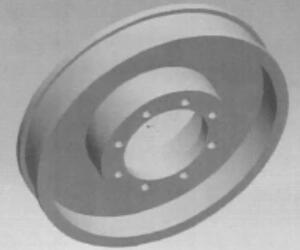 Fig. 3 three dimensional solid diagram of hydraulic cylinder
The lower side of the transmission mechanism is the oil cylinder, and there is a piston between the transmission mechanism and the oil cylinder. The power oil source system is integrated into a hydraulic oil station. Under normal conditions, the oil pump supplies oil to the system to maintain the rated pressure of the system, and the valve’s position keeping function is realized through the locking of the control valve. Under the working condition, the hydraulic actuator is controlled by the hydraulic valve, and relies on the system to control the oil pressure and release the energy stored in the accumulator, so as to implement the quick closing and normal opening and closing. In the process of rapid closing of the valve, when it is close to the fully closed position, it will slow down and close to prevent the sealing surface from being impacted.
When the quick closing valve is opened, the hydraulic oil works on the piston, and the spring at the bottom accumulates energy. When the quick closing valve needs to be closed, the spring releases energy to work on the piston, driving the valve head and stem to move, so that the quick closing valve can be closed quickly. Cylinder block is one of the main parts of quick closing valve mechanism, which has large volume and weight, many oil passage holes and grooves, and requires high machining accuracy. Its air tightness directly determines whether the quick closing valve mechanism can run smoothly and effectively. Its mechanism is shown in Figure 3.

When the ship is sailing, the oil inlet is opened and the oil outlet is closed. The hydraulic oil enters from the oil inlet. Under the action of the hydraulic oil, the piston moves downward, and the bottom spring is compressed until the specified position. The quick closing valve is fully opened. At this time, the hydraulic pressure in the working chamber is balanced with the spring force at the bottom of the piston.
When the ship needs to reverse navigation, the control valve receives the command of closing the quick closing valve. The control valve moves up rapidly under the action of the top spring force for a very short time. The oil outlet can be ignored. The liquid pressure in the working chamber disappears instantly. The piston moves up rapidly under the action of the bottom spring force and the inertial resistance of the liquid flow. The hydraulic oil in the oil chamber is discharged from the oil outlet to the oil tank Now close the valve quickly.