What is a sputtering target

What is a sputtering target

What is a sputtering target? 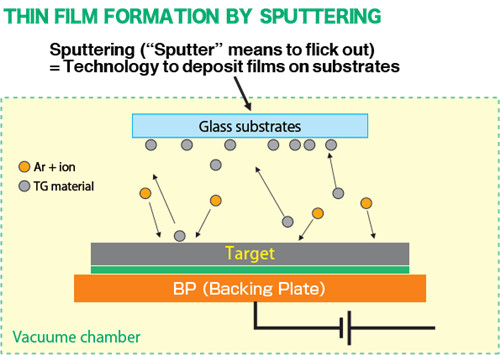 Thin film formation by sputtering (the picture is from Mitsui- kinzoku.co.jp)

Sputtering target is mainly composed of target blank and back plate. Target blank is the target material bombarded by high-speed ion beam, which is the core part of sputtering target. In the process of sputtering coating, the atoms on the surface of the target slab are sputtered out and deposited on the substrate to form an electronic film after the target slab is hit by ions. Due to the low strength of high purity metal, the sputtering target material needs to be installed in a special machine to complete the sputtering process, and the internal environment of the machine is high voltage and high vacuum. Therefore, the sputtered target slab of ultra-high purity metal needs to pass through different channels from the back plate The backplane plays the role of fixing sputtering target, and needs to have good electrical and thermal conductivity.
Sputtering coating is one of the main techniques for preparing thin films, which has significant comprehensive advantages. At present, there are three main forms of PVD coating, which are sputtering coating, evaporation coating and ion coating. Generally speaking, the density of the evaporated film is the worst, which can only reach 95% of the theoretical density, and the adhesion of the film is also the worst, but the deposition rate of the evaporated film is the fastest. Ion plating not only has the highest density and the smallest grain size, but also has the largest adhesion between the coating and the substrate. However, the biggest disadvantage of ion plating is that the substrate must be conductive material, and the temperature of the substrate will rise to several hundred degrees centigrade when coating. The above disadvantages limit the application of ion plating. At present, sputtering is one of the main techniques for preparing thin film materials. The films deposited by sputtering target have high density, and the interface between sputtering target and substrate is poor.

The main application of sputter target

Sputtering target is mainly used in electronic and information industries, such as integrated circuit, information storage, LCD screen, laser memory, electronic controller, etc.; it can also be applied to glass coating field; it can also be used in wear-resistant materials, high temperature corrosion resistance, high-grade decorative products and other industries.

According to the shape, it can be divided into square target, circular target and special-shaped target.
According to the composition, it can be divided into metal target, alloy target and ceramic compound target.
According to the application, it can be divided into semiconductor related ceramic target, recording medium ceramic target, display ceramic target, superconducting ceramic target and giant magnetoresistance ceramic target.
According to the application fields, it can be divided into micro electronic target, magnetic recording target, optical disc target, precious metal target, film resistance target, conductive film target, surface modified target, optical cover target, decorative layer target, electrode target, packaging target and other targets.
Magnetron sputtering principle: add an orthogonal magnetic field and electric field between the target electrode (cathode) and anode to fill the required inert gas (usually Ar gas) in the high vacuum chamber. Permanent magnet forms a magnetic field of 250-350 Gauss on the surface of the target material, and forms an orthogonal electromagnetic field with the high voltage electric field. Under the action of electric field, Ar gas ionizes into positive ions and electrons. A certain negative high pressure is added to the target. The electron from the target pole is affected by the magnetic field and the ionization probability of working gas increases. A high density plasma is formed near the cathode. Ar ions accelerate to the target surface under the action of Lorentz force, bombard the target surface at a high speed, so that the atoms sputtering on the target follow the target Momentum conversion principle is used to deposit film by moving away from target surface with high kinetic energy. Magnetron sputtering is generally divided into two types: Tributary sputtering and RF sputtering, in which the principle of tributary sputtering equipment is simple, and the rate is also fast when sputtering metal. The RF sputtering is widely used. Besides sputtering conductive materials, it can also sputter non-conductive materials, and reactive sputtering is also used to prepare oxide, nitride and carbide. If the RF frequency is increased, it will become microwave plasma sputtering, and the common use is ECR type microwave plasma sputtering.

The sputtering target materials with high purity and high density are as follows: 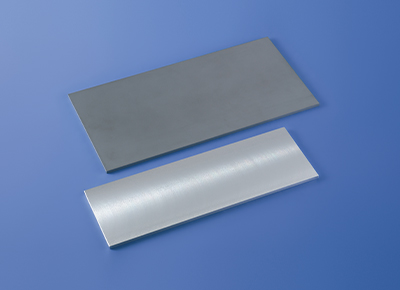 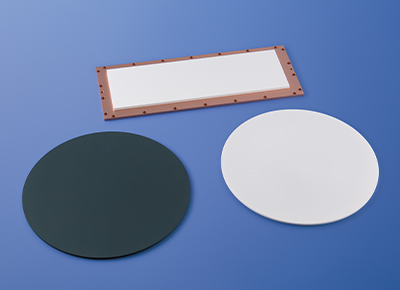 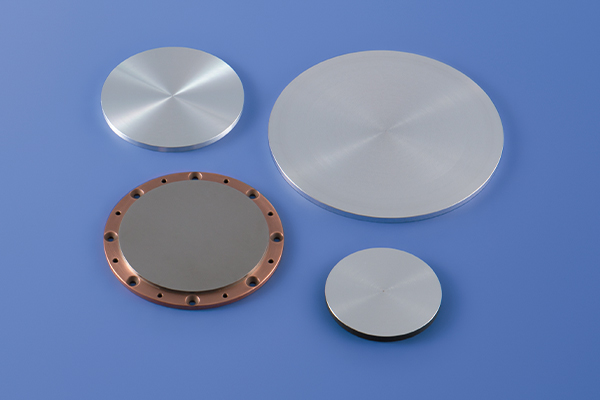 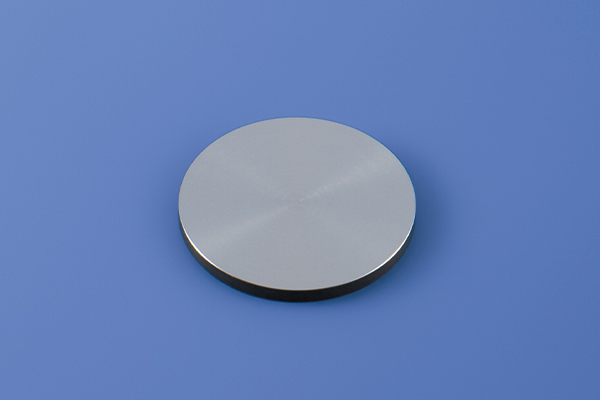 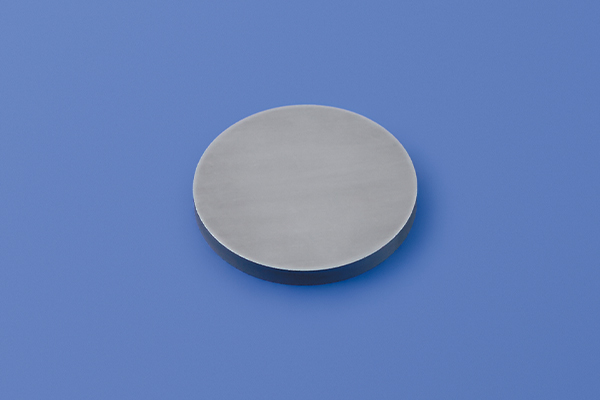 Alloys Co-Fe-B
We have established a technology for obtaining low oxygen-content Co-Fe-B by a melting method, and also realized a high-purity target by our purification technology.
We can make customization such as of the Co-Fe-B composition ratio and adding a fourth element in a form of Co-Fe-B-α, according to our customers’ requests.

Dielectric and Ferroelectric Materials
Examples of materials for MEMS 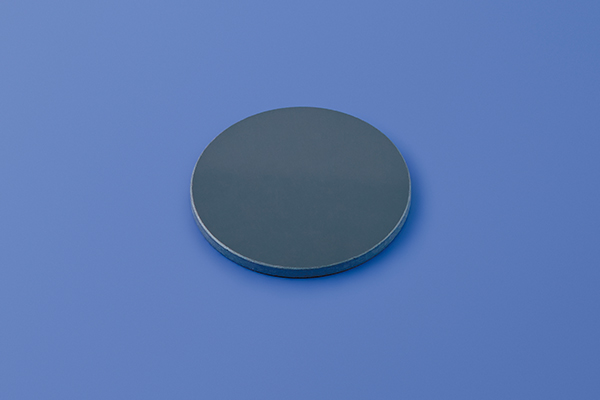 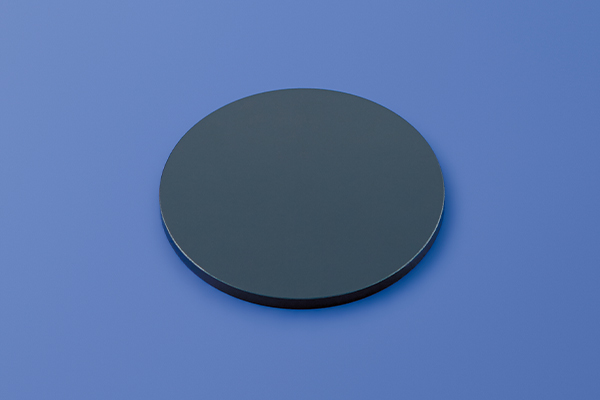 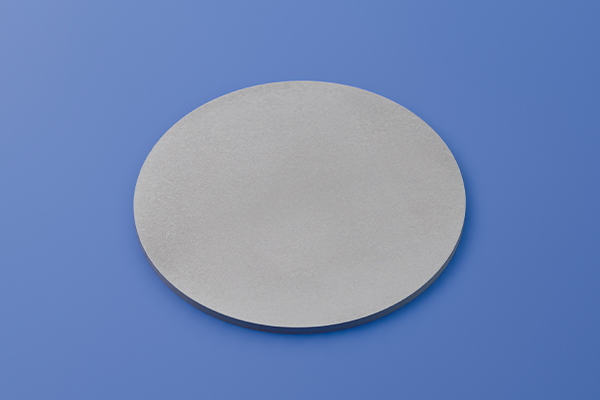 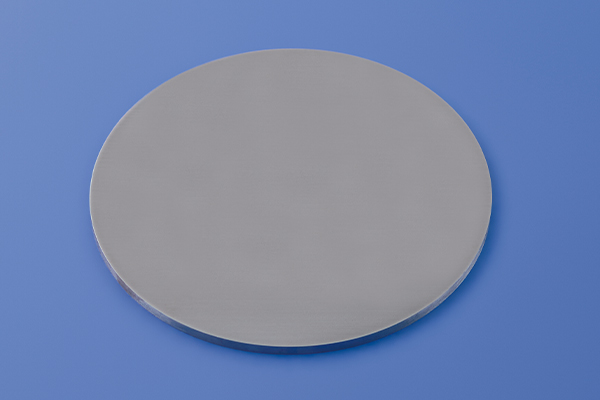 The preparation process of sputtering target mainly includes smelting casting method and powder sintering method. The common melting methods are vacuum induction melting, vacuum arc melting and vacuum electron bombardment melting. Compared with the alloy prepared by powder method, the impurity content (especially the gas impurity content) of melted alloy target is lower, and it can be high-density and large-scale. However, for two or more kinds of metals with large difference in melting point and density, it is difficult to obtain the alloy target with uniform composition by ordinary melting method; powder metallurgy process has the advantages of easy to obtain uniform fine grain structure, saving raw materials, high production efficiency, etc. when preparing target by powder metallurgy method, the key is to select high-purity and ultra-fine powder as raw materials. In order to ensure the low porosity of the target and control the grain size, the forming sintering technology which can realize rapid densification is selected, and the introduction of impurity elements is strictly controlled in the preparation process. Common powder metallurgy processes include hot pressing, vacuum hot pressing and hot isostatic pressing (HIP).

The development of sputtering target industry in the world

The development of sputtering target industry in China