In addition to the pipe thread, the inner diameter of the pipe is the nominal diameter, the other threads are the nominal diameter of the outer diameter. The thread pair whose thread rise angle is less than the friction angle does not rotate under the action of axial force is called self-locking, and its transmission efficiency is low.
Among the cylindrical threads, triangular thread has good self-locking performance. It is divided into coarse thread and fine thread. Generally, coarse thread is used for connection. Fine thread has small pitch, small angle of rise and better self-locking performance. It is commonly used in thin-walled tube of small parts, connection with vibration or variable load, and fine-tuning device.
The thread shape of taper thread is triangle, which mainly depends on the deformation of the thread to ensure the tightness of the thread pair. It is mostly used for pipe fittings.

Formation and structure of thread

The processing method of making the workpiece produce plastic deformation by forming rolling die to obtain thread. Thread rolling is generally in thread rolling machine. Thread rubbing machine or is carried out on the automatic lathe with automatic opening and closing thread rolling head, which is suitable for mass production of external threads of standard fasteners and other thread connection parts. The outer diameter of the rolling thread generally does not exceed 25mm and the length is not more than 100mm. The thread accuracy can reach Grade 2 (GB197-63). The diameter of the blank is roughly equal to the middle diameter of the processed thread. Rolling generally can not process the internal thread, but for the workpiece with soft material, the internal thread can be cold extruded with a non-groove extrusion tap (the maximum diameter can reach about 30mm), and the working principle is similar to tapping. When the internal thread is cold extruded, the required torque is about 1 time larger than the tapping wire, and the processing precision and surface quality are slightly higher than the tapping wire.
The advantages of thread rolling are: the surface roughness is less than turning, milling and grinding; The surface of the thread after rolling can improve the strength and the utilization rate of hardness materials due to cold work hardening; The productivity is doubled compared with the cutting process, and easy to realize automation; Rolling mold has a long life. But the rolling thread requires the hardness of the work-piece material not exceeding HRC40; It requires high precision of the Blank’s dimension; It also requires high precision and hardness of the rolling mould, and it is relatively difficult to manufacture the mould; not suitable for rolling asymmetric thread.
According to the difference of rolling mold, thread rolling can be divided into two categories: rubbing wire and rolling wire.
Wire rubbing two thread thread thread rubbing plates are staggered with the relative arrangement of 1/2 thread pitch. The static plate is fixed and the moving plate is in reciprocating linear motion parallel with the static plate. When the workpiece is sent between the two plates, the moving plate rolls the workpiece forward to make its surface plastically deformed into a thread.
There are 3 kinds of rolling, such as radial rolling, tangential rolling and rolling head rolling.

Precautions for thread turning: considering the expansion of thread processing teeth, the large diameter of the external thread (nominal diameter d generally should be 0.2~0.4mm smaller than the basic size (about 0.13P), ensure that there is a width of 0.125P (P is the pitch of the thread) behind the thread, and ensure that the diameter of the bottom hole of the thread in the bore is nominal diameter -P .. Thread cutting should be paid attention to setting enough promoting-speed feeding blade section 1 and slowing-off blade section 2 at both ends to get rid of the non-standard thread thread with pitch which appears because of variable speed on both ends. Similarly, in the thread cutting process, the feed speed adjustment function and feed pause function are invalid; If the feed pause button is pressed at this time, the cutter will not stop until the thread is processed. The feed amount of thread processing can refer to the thread bottom diameter, that is, the final feed position of the thread knife. Thread diameter: large diameter-1.2times pitch; The feed amount of thread processing should be continuously reduced, and the specific feed amount should be selected according to the tool and workpiece material, but the last time should not be less than 0.1mm. After the thread processing is completed, measures can be taken to judge the thread quality in time by observing the thread shape. But it should be noted that when the thread is not pointed at the top of the thread, increasing the amount of the knife will increase the increase of the diameter of the thread. It depends on the plasticity of the material. When the thread is sharpened, increase the cutting amount of the knife to reduce the large diameter proportionally. According to this feature, the cutting amount of the thread should be correctly treated to prevent scrapping. For general Standard threads, threaded ring gauge or plug gauge is used for measurement. When measuring the external thread, if the thread “passes through the end” ring gauge (general gauge) It just rotates, and if the “stop end” ring gauge (stop gauge) cannot screw in, it means that the processed thread meets the requirements, otherwise it is not qualified. When measuring internal thread, use thread plug gauge to measure in the same way. In addition to the thread ring gauge or plug gauge, other measuring tools can also be used to measure the middle diameter of the thread with thread micrometer, etc.

Determine the purpose: when tapping the thread, it will not be due to the extrusion, so that the thread will not bite between the top and the bottom of the thread (This phenomenon also exists when tapping with the tap) to ensure an effective working height, etc.

Determining the purpose: the main purpose is to use the tap to tap the thread when the thread is not through the thread. The cutting part of the tap has a cone angle, and the end cannot cut out a complete tooth shape, so the drilling depth is greater than the effective depth of the thread.
M8 has coarse teeth and fine teeth:

Any plane can not be completely in close contact, the need for leak-proof seal, the traditional method is to use rubber, asbestos, metal and other gaskets, but due to aging or corrosion will quickly leak. The anaerobic adhesive is used to replace the solid gasket, which can be closely contacted after curing, making the sealing more durable. Matrelay Super lubricant is a kind of special inert material with multiple uses, which is used for the sealing of the thread pipe joint and thread plug, the sealing of the flange plate coordination surface, the sealing of the joint surface of mechanical box, etc, all have good leak-proof effect.
Super lubricant is mainly used to reduce intermetallic contact. As a thread sealing compound, the product forms a contact surface between the external thread and the internal thread, which can protect the joint from friction and wear, and can withstand 1407kg/cm 2 pressure, even wear, corrosion or wrong machined thread surface. The product is also an excellent gearbox additive that can form a layer of film on the internal parts. Thus reducing friction, gear noise and leakage. It also significantly reduces torque stress and meets the demand of power decompression. It can be used on the gasket surface or as a filler to prevent fluid leakage by sealing. It can be applied at 316°C. The product can be constructed in stainless steel, aluminum, iron, barium, glass fiber, plastic and will not be affected by acid, alkali or ordinary solvent. 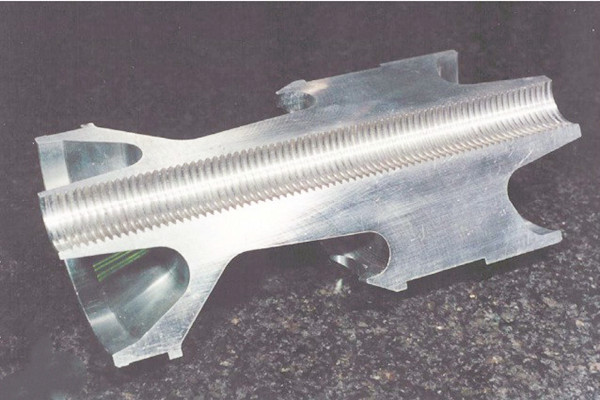